89bio (NASDAQ:ETNB – Get Rating) had its price objective dropped by equities researchers at HC Wainwright from $46.00 to $29.00 in a report issued on Thursday, The Fly reports.

About 89bio (Get Rating)

89bio, Inc, a clinical-stage biopharmaceutical company, focuses on the development and commercialization of therapies for the treatment of liver and cardio-metabolic diseases. Its lead product candidate is pegozafermin, a glycoPEGylated analog of fibroblast growth factor 21 for the treatment of nonalcoholic steatohepatitis. 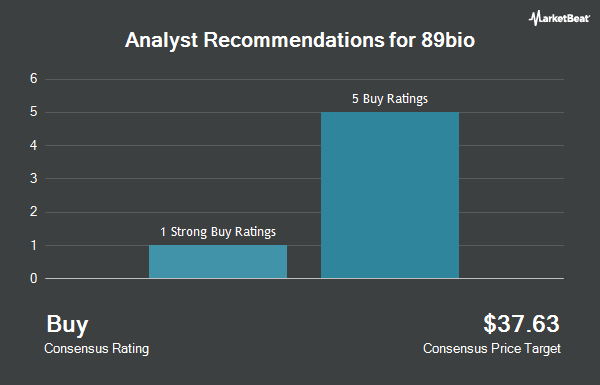 Receive News & Ratings for 89bio Daily - Enter your email address below to receive a concise daily summary of the latest news and analysts' ratings for 89bio and related companies with MarketBeat.com's FREE daily email newsletter.

Complete the form below to receive the latest headlines and analysts' recommendations for 89bio with our free daily email newsletter: