TC Energy (NYSE:TRP – Get Rating) (TSE:TRP) was upgraded by CIBC from a “neutral” rating to a “sector outperform” rating in a research report issued on Thursday, The Fly reports.

TC Energy (NYSE:TRP – Get Rating) (TSE:TRP) last posted its quarterly earnings results on Friday, April 29th. The pipeline company reported $0.88 earnings per share for the quarter, missing analysts’ consensus estimates of $0.89 by ($0.01). The firm had revenue of $3.50 billion for the quarter, compared to analyst estimates of $3.60 billion. TC Energy had a return on equity of 14.61% and a net margin of 24.96%. The firm’s quarterly revenue was up 3.5% compared to the same quarter last year. During the same period last year, the company posted $0.89 earnings per share. On average, equities analysts anticipate that TC Energy will post 3.35 EPS for the current year.

About TC Energy (Get Rating) 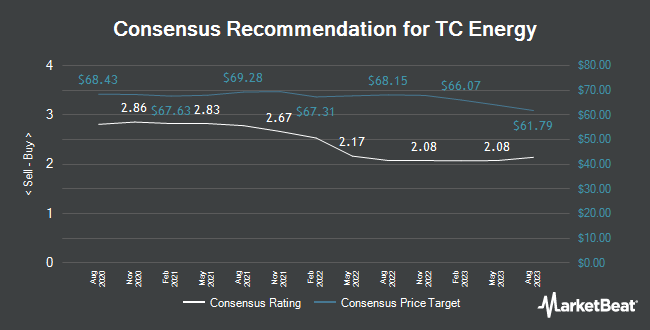