Kosmos Energy Ltd. (NYSE:KOS – Get Rating) – Investment analysts at Jefferies Financial Group decreased their FY2022 earnings estimates for Kosmos Energy in a report issued on Monday, May 9th. Jefferies Financial Group analyst M. Wilson now forecasts that the oil and gas producer will post earnings of $0.64 per share for the year, down from their previous estimate of $0.94.

Kosmos Energy (NYSE:KOS – Get Rating) last posted its quarterly earnings data on Sunday, May 8th. The oil and gas producer reported $0.30 EPS for the quarter, beating analysts’ consensus estimates of $0.27 by $0.03. Kosmos Energy had a negative net margin of 5.84% and a negative return on equity of 6.74%. During the same period last year, the firm earned ($0.08) EPS. 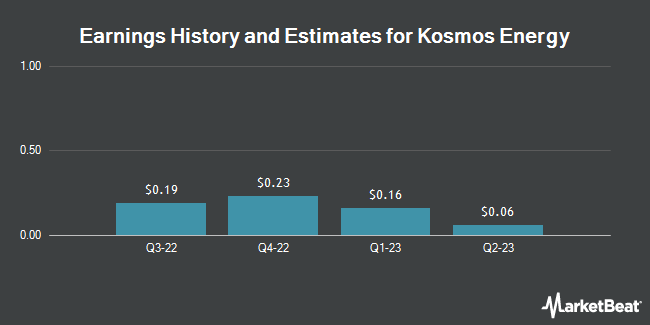