Biodesix, Inc. (NASDAQ:BDSX – Get Rating) CEO Scott Hutton sold 13,278 shares of Biodesix stock in a transaction on Tuesday, May 10th. The shares were sold at an average price of $1.83, for a total transaction of $24,298.74. Following the transaction, the chief executive officer now owns 43,866 shares in the company, valued at approximately $80,274.78. The transaction was disclosed in a legal filing with the SEC, which is available at this link.

Biodesix (NASDAQ:BDSX – Get Rating) last released its quarterly earnings results on Wednesday, May 11th. The company reported ($0.50) EPS for the quarter, missing the consensus estimate of ($0.38) by ($0.12). During the same period last year, the business posted ($0.23) earnings per share. As a group, equities research analysts expect that Biodesix, Inc. will post -1.13 EPS for the current fiscal year. 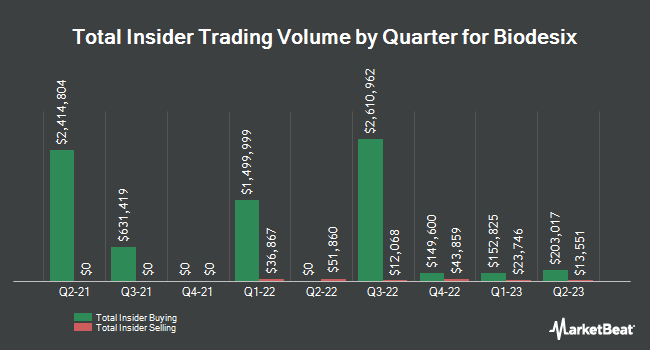 Vinci Given a €115.00 Price Target by UBS Group Analysts