Brokerages expect Telos Co. (NASDAQ:TLS – Get Rating) to post $52.58 million in sales for the current quarter, Zacks Investment Research reports. Three analysts have provided estimates for Telos’ earnings. The highest sales estimate is $54.60 million and the lowest is $48.90 million. Telos reported sales of $52.56 million in the same quarter last year, which would suggest a positive year-over-year growth rate of 0%. The firm is scheduled to announce its next earnings results on Monday, January 1st.

On average, analysts expect that Telos will report full year sales of $235.12 million for the current year, with estimates ranging from $225.80 million to $241.80 million. For the next year, analysts expect that the firm will report sales of $277.67 million, with estimates ranging from $268.50 million to $289.50 million. Zacks’ sales averages are an average based on a survey of sell-side research firms that that provide coverage for Telos.

Telos (NASDAQ:TLS – Get Rating) last announced its earnings results on Tuesday, May 10th. The company reported ($0.01) earnings per share for the quarter, meeting analysts’ consensus estimates of ($0.01). Telos had a negative net margin of 18.30% and a negative return on equity of 18.55%. 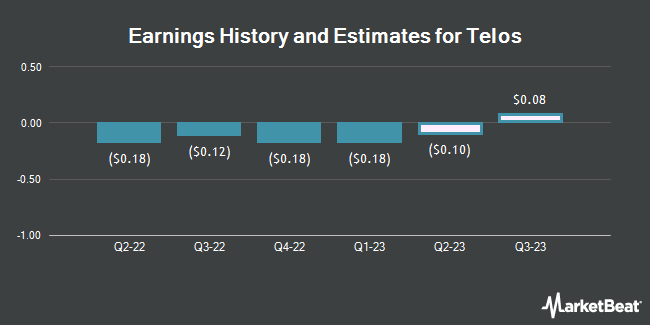 Western Digital Co. Given Consensus Recommendation of “Buy” by Brokerages

Southwestern Energy Given Consensus Rating of “Hold” by Analysts

Ameriprise Financial, Inc. Given Average Rating of “Buy” by Analysts