Koninklijke Ahold Delhaize (OTCMKTS:ADRNY – Get Rating) last issued its quarterly earnings data on Wednesday, February 16th. The company reported $0.67 EPS for the quarter, meeting the consensus estimate of $0.67. The company had revenue of $23.04 billion for the quarter, compared to analyst estimates of $22.63 billion. Koninklijke Ahold Delhaize had a return on equity of 16.97% and a net margin of 2.97%.

The firm also recently declared a dividend, which was paid on Thursday, April 28th. Shareholders of record on Wednesday, April 20th were paid a dividend of $0.4683 per share. This represents a dividend yield of 2.81%. The ex-dividend date of this dividend was Tuesday, April 19th. Koninklijke Ahold Delhaize’s dividend payout ratio is presently 36.08%. 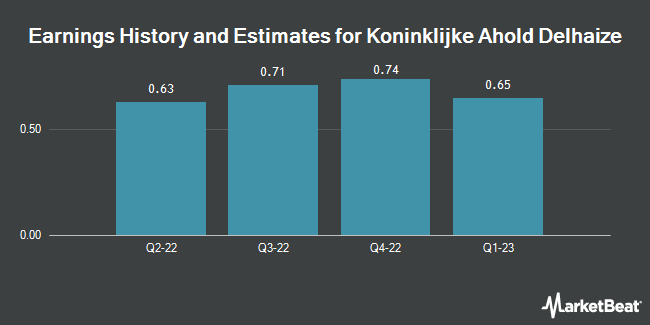