National Bankshares, Inc. (NASDAQ:NKSH – Get Rating) announced a Semi-Annual dividend on Wednesday, May 11th, Zacks reports. Investors of record on Monday, May 23rd will be given a dividend of 0.72 per share by the bank on Wednesday, June 1st. The ex-dividend date is Friday, May 20th.

Separately, StockNews.com initiated coverage on National Bankshares in a report on Thursday, March 31st. They issued a “hold” rating for the company. 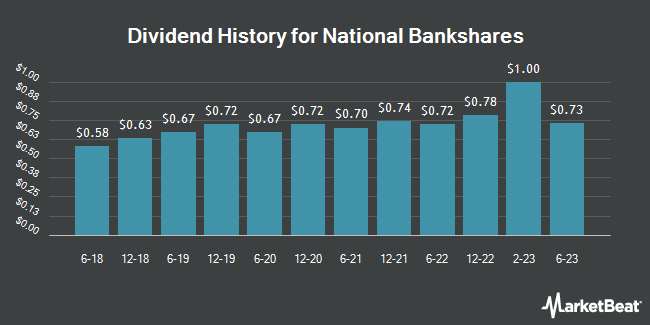 Complete the form below to receive the latest headlines and analysts' recommendations for National Bankshares with our free daily email newsletter: