Six Flags Entertainment (NYSE:SIX – Get Rating) had its price objective reduced by investment analysts at Citigroup from $51.00 to $41.00 in a research report issued to clients and investors on Friday, The Fly reports. Citigroup’s target price suggests a potential upside of 44.88% from the company’s current price.

About Six Flags Entertainment (Get Rating) 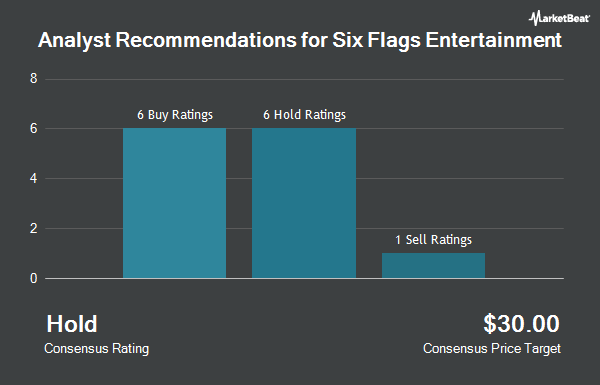