Six Flags Entertainment (NYSE:SIX – Get Rating) posted its quarterly earnings data on Thursday. The company reported ($0.76) EPS for the quarter, topping analysts’ consensus estimates of ($1.07) by $0.31, MarketWatch Earnings reports. Six Flags Entertainment had a negative return on equity of 11.88% and a net margin of 8.68%. The company had revenue of $138.10 million for the quarter, compared to the consensus estimate of $122.26 million. During the same quarter in the previous year, the business earned ($1.12) EPS. The company’s quarterly revenue was up 68.4% compared to the same quarter last year. 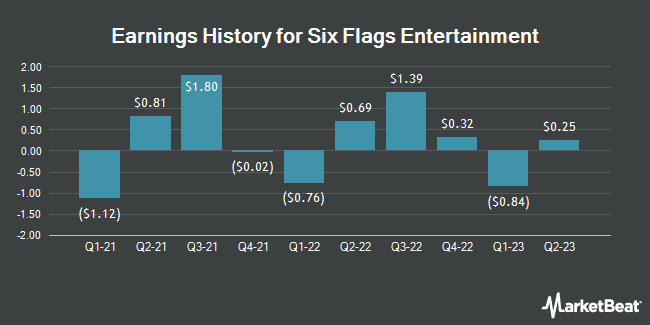