Cabaletta Bio (NASDAQ:CABA – Get Rating) posted its quarterly earnings results on Thursday. The company reported ($0.45) earnings per share for the quarter, beating the consensus estimate of ($0.53) by $0.08, MarketWatch Earnings reports.

About Cabaletta Bio (Get Rating)

Cabaletta Bio, Inc, a clinical-stage biotechnology company, focuses on the discovery and development of engineered T cell therapies for patients with B cell-mediated autoimmune diseases. Its proprietary technology utilizes chimeric autoantibody receptor (CAAR) T cells that are designed to selectively bind and eliminate B cells, which produce disease-causing autoantibodies or pathogenic B cells. 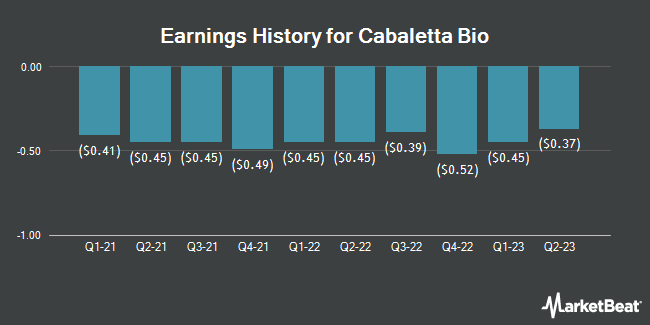 Complete the form below to receive the latest headlines and analysts' recommendations for Cabaletta Bio with our free daily email newsletter: