Parex Resources (TSE:PXT – Get Rating) had its target price raised by equities research analysts at Stifel Nicolaus from C$40.00 to C$42.00 in a report released on Thursday, BayStreet.CA reports. Stifel Nicolaus’ target price indicates a potential upside of 66.53% from the company’s current price.

Parex Resources (TSE:PXT – Get Rating) last posted its quarterly earnings results on Tuesday, March 1st. The company reported C$1.00 earnings per share for the quarter, topping the consensus estimate of C$0.99 by C$0.01. The company had revenue of C$397.55 million during the quarter. Research analysts expect that Parex Resources will post 5.7099995 earnings per share for the current fiscal year.

About Parex Resources (Get Rating)

Parex Resources Inc engages in the exploration, development, production of oil and natural gas in Colombia. The company holds interests in onshore exploration and production blocks totaling approximately 6,521,632 gross acres. As of December 31, 2021, it had proved plus probable reserves of 198,825 million barrels of oil equivalent. 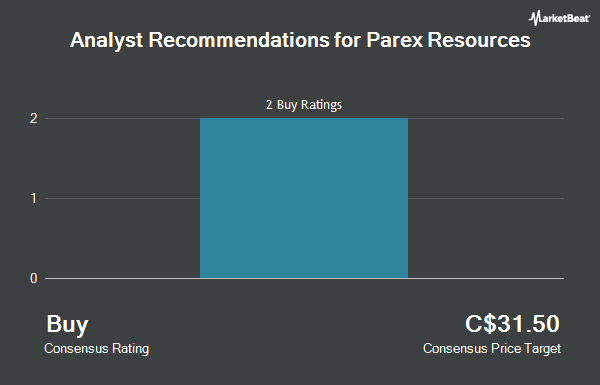 Complete the form below to receive the latest headlines and analysts' recommendations for Parex Resources with our free daily email newsletter: