Shares of Piedmont Lithium Inc. (NASDAQ:PLL – Get Rating) have earned an average recommendation of “Buy” from the six analysts that are covering the stock, MarketBeat Ratings reports. One analyst has rated the stock with a hold recommendation and five have assigned a buy recommendation to the company. The average 1-year price target among analysts that have issued a report on the stock in the last year is $95.00.

About Piedmont Lithium (Get Rating)

Piedmont Lithium Inc, an exploration stage company, engages in the exploration and development of resource projects in the United States. The company primarily holds a 100% interest in the Carolina Lithium Project that include an area of approximately 3,116 acres located within the Carolina Tin-Spodumene Belt situated to the west of Charlotte, North Carolina in the United States. 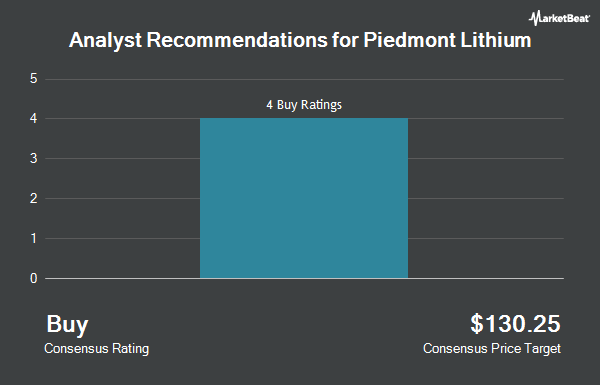 Ginkgo Bioworks Downgraded by Bank of America to Underperform

Complete the form below to receive the latest headlines and analysts' recommendations for Piedmont Lithium with our free daily email newsletter: