Park Aerospace (NYSE:PKE – Get Rating) issued its earnings results on Thursday. The semiconductor company reported $0.10 earnings per share for the quarter, reports. The company had revenue of $12.50 million for the quarter. Park Aerospace had a net margin of 15.80% and a return on equity of 6.37%.

The company also recently disclosed a quarterly dividend, which was paid on Thursday, May 5th. Investors of record on Friday, April 1st were issued a $0.10 dividend. The ex-dividend date was Thursday, March 31st. This represents a $0.40 dividend on an annualized basis and a dividend yield of 3.32%. Park Aerospace’s dividend payout ratio (DPR) is presently 97.56%.

Separately, StockNews.com started coverage on shares of Park Aerospace in a report on Thursday, March 31st. They set a “hold” rating on the stock. 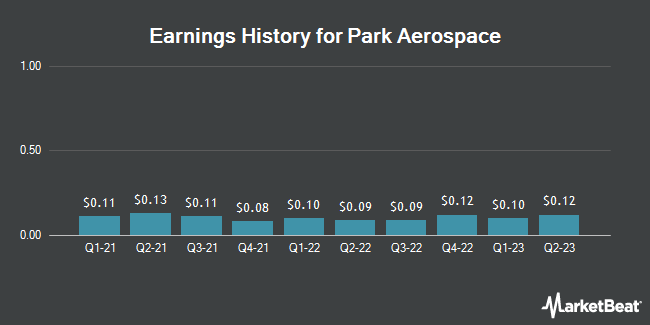 Complete the form below to receive the latest headlines and analysts' recommendations for Park Aerospace with our free daily email newsletter: