WW International (NASDAQ:WW – Get Rating) issued an update on its FY 2022 earnings guidance on Monday morning. The company provided earnings per share (EPS) guidance of $0.92-$1.02 for the period, compared to the consensus estimate of $1.10. The company issued revenue guidance of $1.09 billion-$1.14 billion, compared to the consensus revenue estimate of $1.12 billion.

WW International, Inc provides weight management products and services worldwide. The company operates in four segments: North America, Continental Europe, United Kingdom, and Other. It offers a range of nutritional, activity, behavioral, and lifestyle tools and approaches products and services. The company also provides various digital subscription products to wellness and weight management business, which provide interactive and personalized resources that allow users to follow its weight management program through its app and Web-based products, including personal coaching and digital products; and allows members to inspire and support each other by sharing their experiences with other people on weight management and wellness journeys. 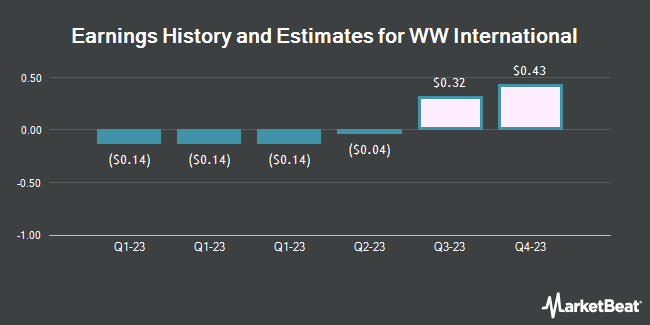 Complete the form below to receive the latest headlines and analysts' recommendations for WW International with our free daily email newsletter: