Emera (TSE:EMA – Get Rating) had its target price upped by equities researchers at Royal Bank of Canada from C$66.00 to C$72.00 in a research report issued on Tuesday, BayStreet.CA reports. The brokerage presently has an “outperform” rating on the stock. Royal Bank of Canada’s price objective points to a potential upside of 14.01% from the company’s current price.

Emera (TSE:EMA – Get Rating) last released its earnings results on Monday, February 14th. The company reported C$0.64 EPS for the quarter, missing the consensus estimate of C$0.65 by C($0.01). The business had revenue of C$1.87 billion for the quarter, compared to analysts’ expectations of C$1.43 billion. As a group, equities research analysts anticipate that Emera will post 3.2500001 earnings per share for the current year. 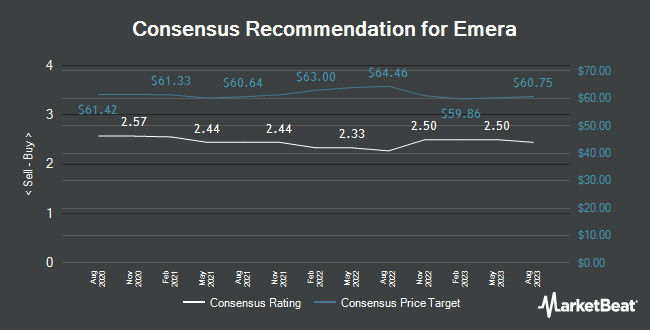