Celanese (NYSE:CE – Get Rating) last announced its earnings results on Thursday, April 28th. The basic materials company reported $5.54 EPS for the quarter, topping the consensus estimate of $4.48 by $1.06. The business had revenue of $2.54 billion during the quarter, compared to the consensus estimate of $2.26 billion. Celanese had a net margin of 22.31% and a return on equity of 50.03%. Celanese’s revenue was up 41.2% compared to the same quarter last year. During the same quarter in the previous year, the firm posted $3.46 EPS. As a group, equities research analysts expect that Celanese will post 17.51 earnings per share for the current year.

In related news, SVP Thomas Francis Kelly purchased 1,800 shares of the firm’s stock in a transaction that occurred on Friday, February 25th. The shares were bought at an average cost of $141.74 per share, with a total value of $255,132.00. The transaction was disclosed in a legal filing with the SEC, which is available at this hyperlink. 0.22% of the stock is currently owned by insiders. 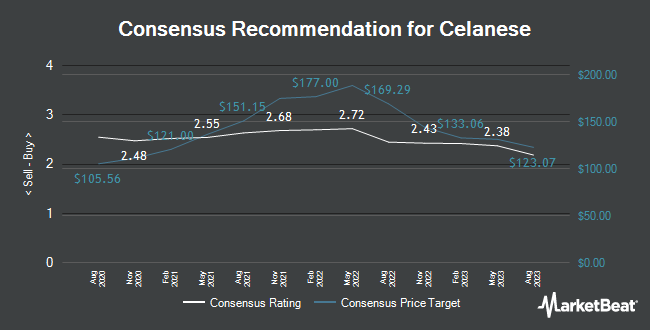