TUI (LON:TUI – Get Rating) has been given a GBX 155 ($1.91) price target by research analysts at UBS Group in a report issued on Wednesday, Borsen Zeitung reports. UBS Group’s price objective suggests a potential downside of 29.11% from the company’s current price.

About TUI (Get Rating)

TUI AG, together with its subsidiaries, provides tourism services worldwide. It operates hotels and resorts under the Robinson, Riu, TUI Blue, Blue Diamond, TUI Suneo, and TUI Magic Life brands. The company is also involved in the tour operation and airlines businesses. In addition, it operates cruise liners. 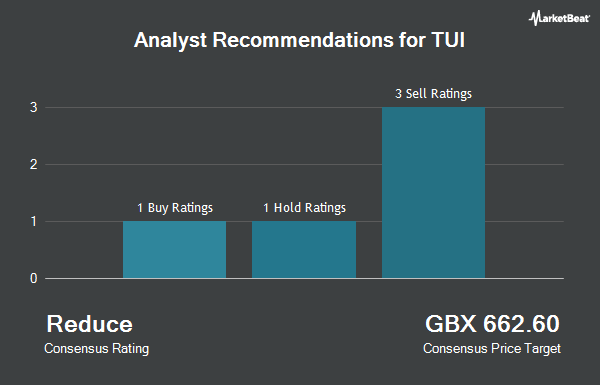 Receive News & Ratings for TUI Daily - Enter your email address below to receive a concise daily summary of the latest news and analysts' ratings for TUI and related companies with MarketBeat.com's FREE daily email newsletter.

Complete the form below to receive the latest headlines and analysts' recommendations for TUI with our free daily email newsletter: