On average, analysts expect that Inovio Pharmaceuticals will report full year earnings of ($1.22) per share for the current fiscal year, with EPS estimates ranging from ($1.60) to ($0.85). For the next year, analysts expect that the firm will report earnings of ($0.88) per share, with EPS estimates ranging from ($1.50) to ($0.63). Zacks’ EPS calculations are a mean average based on a survey of analysts that that provide coverage for Inovio Pharmaceuticals. 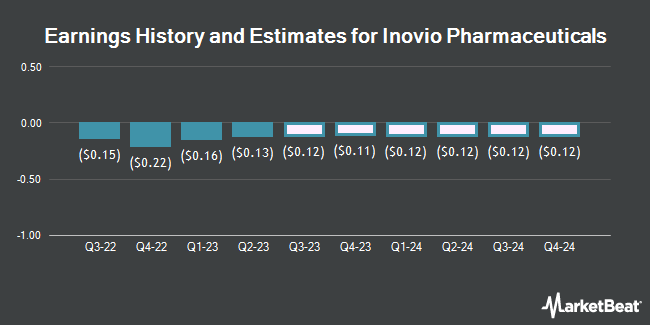