Atara Biotherapeutics, Inc. (NASDAQ:ATRA – Get Rating) EVP Jakob Dupont sold 3,873 shares of the business’s stock in a transaction dated Tuesday, May 17th. The shares were sold at an average price of $5.32, for a total value of $20,604.36. Following the completion of the transaction, the executive vice president now directly owns 163,006 shares of the company’s stock, valued at approximately $867,191.92. The transaction was disclosed in a legal filing with the Securities & Exchange Commission, which can be accessed through this link. 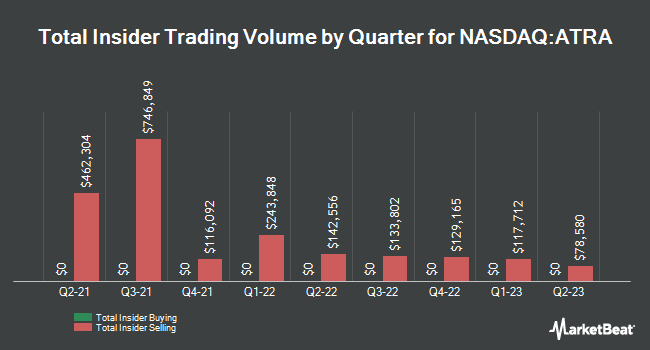