According to Zacks, analysts expect that Logitech International will report full year earnings of $4.98 per share for the current year, with EPS estimates ranging from $4.68 to $5.40. For the next year, analysts anticipate that the company will post earnings of $5.46 per share, with EPS estimates ranging from $5.35 to $5.60. Zacks’ earnings per share calculations are a mean average based on a survey of research firms that cover Logitech International.

Logitech International (NASDAQ:LOGI – Get Rating) last announced its quarterly earnings data on Monday, May 2nd. The technology company reported $0.70 earnings per share (EPS) for the quarter, beating the consensus estimate of $0.59 by $0.11. The business had revenue of $1.23 billion for the quarter, compared to the consensus estimate of $1.24 billion. Logitech International had a net margin of 11.76% and a return on equity of 30.18%. During the same quarter in the prior year, the firm posted $1.36 earnings per share.

In related news, General Counsel Samantha Harnett sold 1,320 shares of the firm’s stock in a transaction on Monday, March 21st. The shares were sold at an average price of $74.24, for a total transaction of $97,996.80. The transaction was disclosed in a document filed with the Securities & Exchange Commission, which is available through this hyperlink. 0.60% of the stock is currently owned by company insiders. 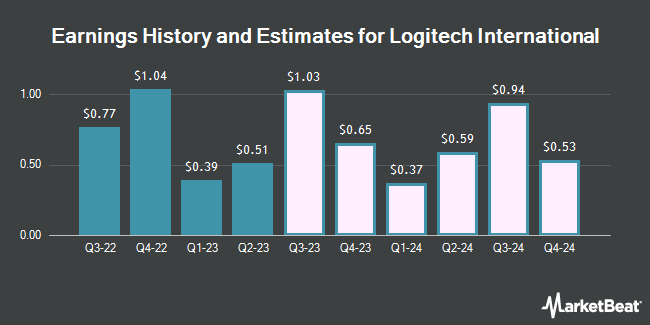