Vodafone Group Public (NASDAQ:VOD – Get Rating) was upgraded by Zacks Investment Research from a “sell” rating to a “hold” rating in a report issued on Thursday, Zacks.com reports.

According to Zacks, “Vodafone AirTouch Plc is the world’s largest international mobile communications firm. Their primary operation is in digital and analog cellular telephone networks of Vodafone. “

About Vodafone Group Public (Get Rating) 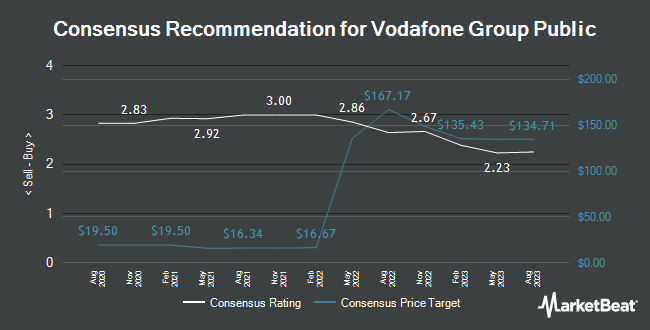