According to Zacks, analysts expect that Academy Sports and Outdoors will report full-year sales of $6.66 billion for the current financial year, with estimates ranging from $6.63 billion to $6.71 billion. For the next financial year, analysts expect that the business will report sales of $7.11 billion, with estimates ranging from $7.04 billion to $7.18 billion. Zacks’ sales calculations are a mean average based on a survey of sell-side research firms that cover Academy Sports and Outdoors.

The company also recently announced a — dividend, which was paid on Thursday, April 14th. Stockholders of record on Thursday, March 17th were paid a dividend of $0.075 per share. The ex-dividend date of this dividend was Wednesday, March 16th. Academy Sports and Outdoors’s dividend payout ratio (DPR) is currently 4.21%. 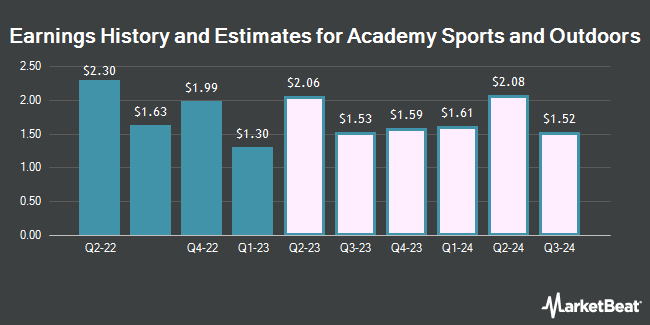