Targa Resources Corp. (NYSE:TRGP – Get Rating) insider D. Scott Pryor sold 20,000 shares of the firm’s stock in a transaction on Wednesday, May 18th. The stock was sold at an average price of $71.33, for a total transaction of $1,426,600.00. Following the completion of the sale, the insider now owns 81,233 shares of the company’s stock, valued at approximately $5,794,349.89. The transaction was disclosed in a document filed with the SEC, which is accessible through the SEC website.

The firm also recently announced a quarterly dividend, which was paid on Monday, May 16th. Stockholders of record on Friday, April 29th were issued a $0.35 dividend. This represents a $1.40 dividend on an annualized basis and a dividend yield of 2.02%. Targa Resources’s dividend payout ratio is -241.38%. 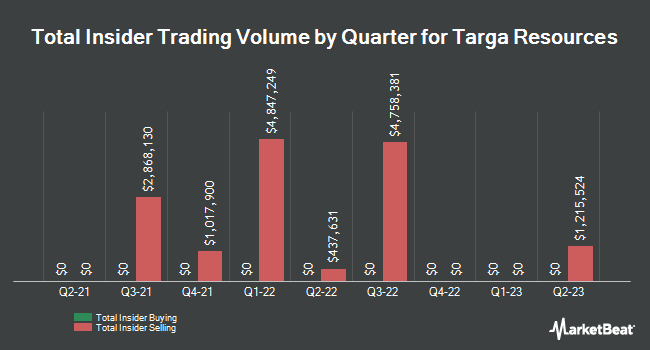