Henkel AG & Co. KGaA (FRA:HEN3 – Get Rating) has been assigned an average recommendation of “N/A” from the sixteen brokerages that are currently covering the firm, Marketbeat reports. The average 1-year price objective among brokerages that have issued a report on the stock in the last year is €73.56 ($76.63). 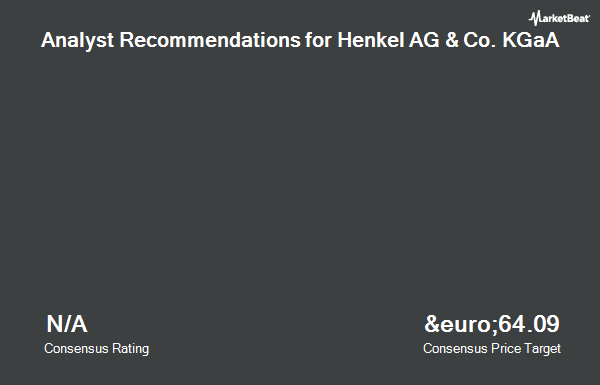