Shares of Hercules Capital, Inc. (NYSE:HTGC – Get Rating) have received an average recommendation of “Hold” from the eight analysts that are currently covering the firm, Marketbeat reports. One equities research analyst has rated the stock with a sell recommendation, three have assigned a hold recommendation and four have given a buy recommendation to the company. The average 12-month target price among brokerages that have issued ratings on the stock in the last year is $18.54.

In other news, Director Thomas J. Fallon acquired 10,000 shares of the stock in a transaction that occurred on Thursday, May 12th. The shares were acquired at an average cost of $14.88 per share, for a total transaction of $148,800.00. Following the purchase, the director now owns 61,604 shares of the company’s stock, valued at approximately $916,667.52. The transaction was disclosed in a filing with the Securities & Exchange Commission, which is available through this link. Insiders own 3.30% of the company’s stock.

Hercules Capital (NYSE:HTGC – Get Rating) last posted its quarterly earnings data on Thursday, May 5th. The financial services provider reported $0.30 earnings per share (EPS) for the quarter, missing analysts’ consensus estimates of $0.31 by ($0.01). The firm had revenue of $62.25 million for the quarter, compared to analysts’ expectations of $69.09 million. Hercules Capital had a return on equity of 11.33% and a net margin of 38.45%. Hercules Capital’s revenue was down 2.4% compared to the same quarter last year. During the same period in the prior year, the firm earned $0.29 earnings per share. As a group, research analysts forecast that Hercules Capital will post 1.35 EPS for the current year. 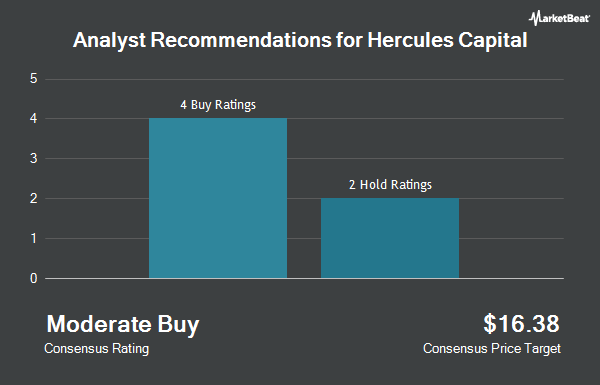