Merchants Bancorp (NASDAQ:MBIN – Get Rating) announced a quarterly dividend on Thursday, May 19th, Zacks reports. Investors of record on Wednesday, June 15th will be given a dividend of 0.07 per share on Friday, July 1st. This represents a $0.28 dividend on an annualized basis and a dividend yield of 1.19%. The ex-dividend date is Tuesday, June 14th.

Separately, Zacks Investment Research raised Merchants Bancorp from a “sell” rating to a “hold” rating in a research note on Friday. 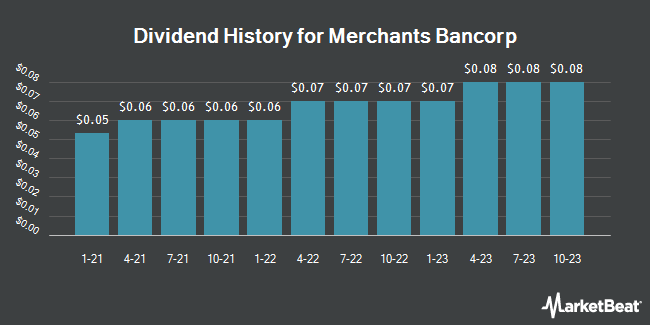