Palo Alto Networks (NASDAQ:PANW – Get Rating) had its price objective upped by UBS Group to $545.00 in a report published on Friday, Stock Target Advisor reports.

Palo Alto Networks (NASDAQ:PANW – Get Rating) last issued its quarterly earnings data on Thursday, May 19th. The network technology company reported $1.79 earnings per share for the quarter, topping the consensus estimate of $1.68 by $0.11. The business had revenue of $1.39 billion during the quarter, compared to analysts’ expectations of $1.36 billion. Palo Alto Networks had a negative net margin of 7.54% and a negative return on equity of 54.57%. The business’s revenue was up 29.1% on a year-over-year basis. During the same quarter in the previous year, the company earned ($0.62) EPS. As a group, sell-side analysts expect that Palo Alto Networks will post -1.29 EPS for the current year. 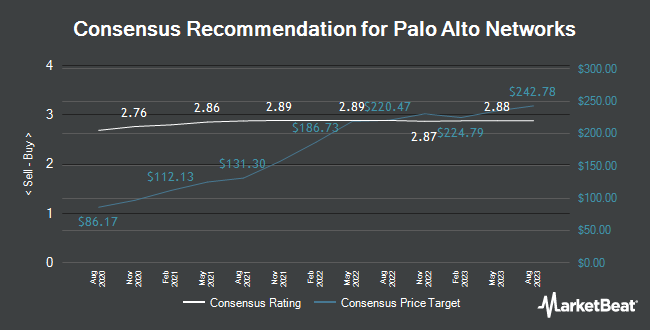