Dutch Bros (NYSE:BROS – Get Rating) was downgraded by Zacks Investment Research from a “hold” rating to a “sell” rating in a report issued on Monday, Zacks.com reports.

According to Zacks, “Dutch Bros Inc. is an operator and franchisor of drive-thru shops which focus on serving high QUALITY, hand-crafted beverages with unparalleled SPEED and superior SERVICE. Dutch Bros Inc. is based in GRANTS PASS, Ore. “ 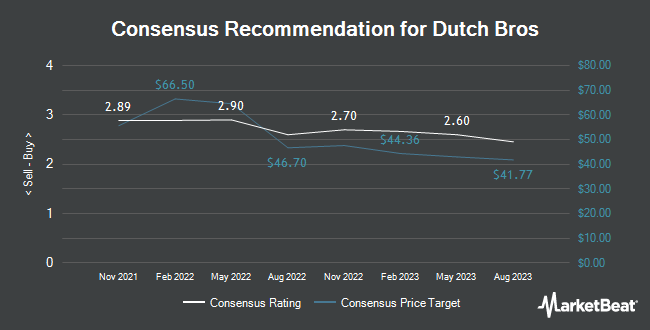