Several equities research analysts have recently issued reports on the stock. StockNews.com downgraded shares of GoPro from a buy rating to a hold rating in a research report on Monday, May 9th. Citigroup cut their price target on shares of GoPro from $9.00 to $8.00 in a research note on Friday, May 6th. Finally, Jefferies Financial Group assumed coverage on shares of GoPro in a research note on Monday, February 28th. They set a buy rating and a $12.00 target price for the company. Two investment analysts have rated the stock with a hold rating and three have issued a buy rating to the company’s stock. According to MarketBeat.com, the stock has an average rating of Buy and an average price target of $11.90.

GoPro (NASDAQ:GPRO – Get Rating) last issued its quarterly earnings data on Thursday, May 5th. The company reported $0.05 earnings per share for the quarter. GoPro had a net margin of 32.96% and a return on equity of 24.58%. The business had revenue of $217.00 million during the quarter, compared to analysts’ expectations of $217.00 million. During the same quarter in the previous year, the company earned ($0.03) EPS. The business’s revenue was up 6.4% on a year-over-year basis. As a group, equities research analysts expect that GoPro will post 0.71 EPS for the current year. 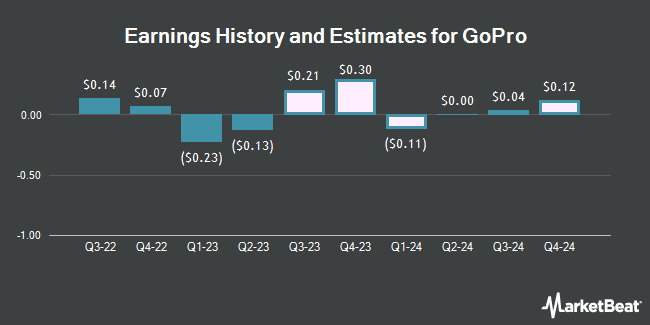