Hormel Foods Co. (NYSE:HRL – Get Rating) declared a quarterly dividend on Monday, May 23rd, RTT News reports. Stockholders of record on Monday, July 11th will be given a dividend of 0.26 per share on Monday, August 15th. This represents a $1.04 dividend on an annualized basis and a dividend yield of 2.15%. 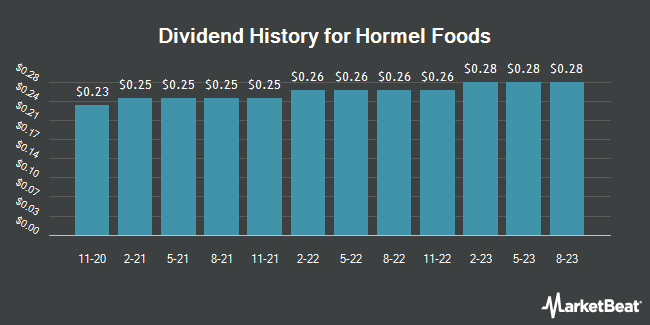