New Relic, Inc. (NYSE:NEWR – Get Rating) Chairman Lewis Cirne sold 2,000 shares of the company’s stock in a transaction that occurred on Friday, May 20th. The stock was sold at an average price of $46.48, for a total value of $92,960.00. Following the completion of the sale, the chairman now directly owns 5,463,151 shares of the company’s stock, valued at approximately $253,927,258.48. The sale was disclosed in a filing with the Securities & Exchange Commission, which is available through this link. 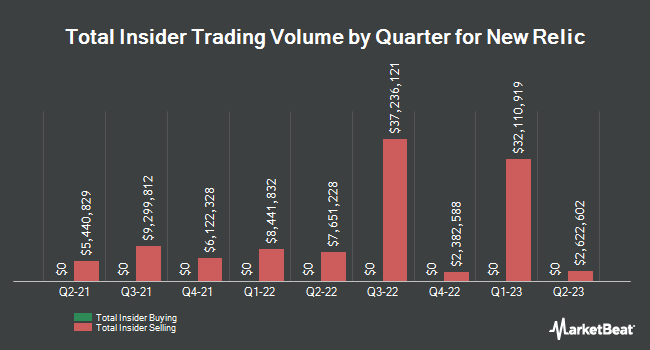