Absci (NASDAQ:ABSI – Get Rating) was upgraded by Zacks Investment Research from a “sell” rating to a “hold” rating in a research report issued on Tuesday, Zacks.com reports.

According to Zacks, “Absci Corporation is the AI-powered synthetic biology company unlocking the potential of proteins as the next generation of therapeutics. The company’s Creation(TM) Platform involved in discovery of novel biotherapeutic drug candidates and generation of the cell lines to manufacture them in a single efficient process. Absci Corporation is based in VANCOUVER, Wash. “

Absci (NASDAQ:ABSI – Get Rating) last released its earnings results on Wednesday, May 11th. The company reported ($0.33) EPS for the quarter, missing the consensus estimate of ($0.29) by ($0.04). Absci had a negative net margin of 2,633.14% and a negative return on equity of 36.19%. Equities research analysts predict that Absci will post -1.21 earnings per share for the current fiscal year. 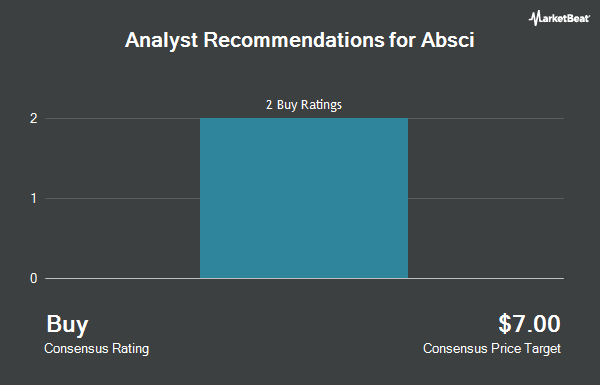 Receive News & Ratings for Absci Daily - Enter your email address below to receive a concise daily summary of the latest news and analysts' ratings for Absci and related companies with MarketBeat.com's FREE daily email newsletter.

Complete the form below to receive the latest headlines and analysts' recommendations for Absci with our free daily email newsletter: