Equities research analysts at Danske began coverage on shares of AstraZeneca (NASDAQ:AZN – Get Rating) in a note issued to investors on Tuesday, The Fly reports. The firm set a “buy” rating on the stock.

AstraZeneca (NASDAQ:AZN – Get Rating) last announced its earnings results on Friday, April 29th. The company reported $0.95 EPS for the quarter, beating analysts’ consensus estimates of $0.86 by $0.09. AstraZeneca had a negative net margin of 2.56% and a positive return on equity of 26.29%. The business had revenue of $11.39 billion during the quarter, compared to analysts’ expectations of $10.96 billion. During the same period in the prior year, the company earned $0.81 earnings per share. The business’s revenue was up 55.6% compared to the same quarter last year. As a group, research analysts forecast that AstraZeneca will post 3.34 EPS for the current fiscal year.

About AstraZeneca (Get Rating) 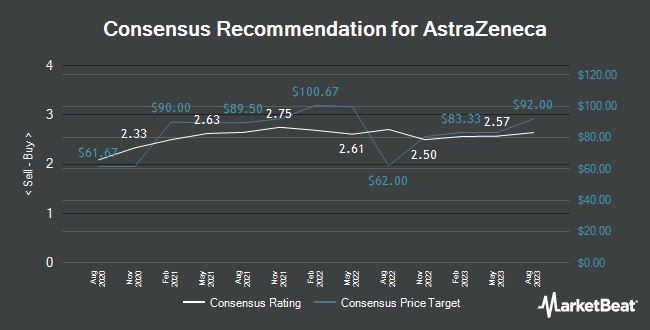