Lattice Semiconductor (NASDAQ:LSCC – Get Rating) was upgraded by equities research analysts at Susquehanna Bancshares from a “neutral” rating to a “positive” rating in a report released on Tuesday, Stock Target Advisor reports.

Lattice Semiconductor (NASDAQ:LSCC – Get Rating) last issued its quarterly earnings data on Tuesday, May 3rd. The semiconductor company reported $0.27 EPS for the quarter, topping analysts’ consensus estimates of $0.23 by $0.04. The firm had revenue of $150.50 million during the quarter, compared to the consensus estimate of $146.25 million. Lattice Semiconductor had a return on equity of 29.28% and a net margin of 20.58%. The firm’s revenue was up 30.1% on a year-over-year basis. During the same period in the prior year, the business earned $0.14 EPS. On average, equities research analysts forecast that Lattice Semiconductor will post 1.18 earnings per share for the current fiscal year.

About Lattice Semiconductor (Get Rating) 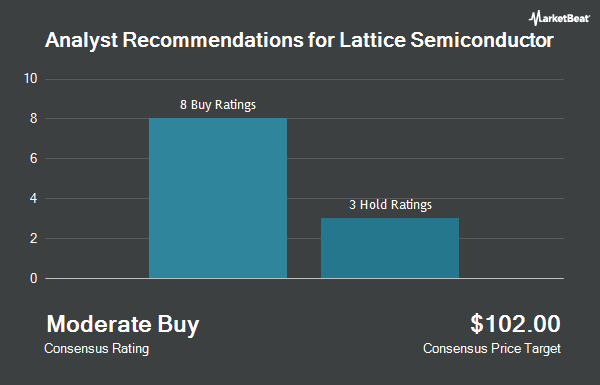