Liberty Gold Corp. (TSE:LGD – Get Rating) Senior Officer Calvin Clovis Everett purchased 20,000 shares of the firm’s stock in a transaction dated Friday, May 20th. The shares were bought at an average cost of C$0.55 per share, with a total value of C$11,000.00. Following the transaction, the insider now directly owns 8,374,500 shares of the company’s stock, valued at approximately C$4,605,975.

A number of analysts have recently weighed in on the stock. National Bankshares set a C$1.80 price target on shares of Liberty Gold and gave the stock an “outperform” rating in a research report on Monday, April 18th. National Bank Financial reissued an “outperform spec overweight” rating on shares of Liberty Gold in a research report on Thursday, April 14th.

About Liberty Gold (Get Rating) 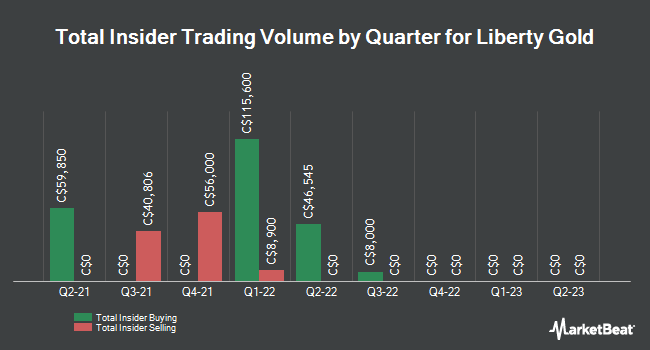 Complete the form below to receive the latest headlines and analysts' recommendations for Liberty Gold with our free daily email newsletter: