NGM Biopharmaceuticals (NASDAQ:NGM – Get Rating) had its price objective reduced by equities researchers at The Goldman Sachs Group from $34.00 to $29.00 in a research report issued to clients and investors on Tuesday, Stock Target Advisor reports. The firm currently has a “buy” rating on the stock. The Goldman Sachs Group’s price target would suggest a potential upside of 113.08% from the company’s previous close.

About NGM Biopharmaceuticals (Get Rating) 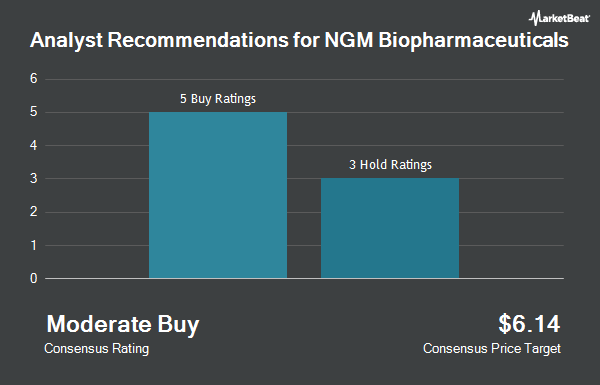