The Restaurant Group plc (LON:RTN) Given Average Recommendation of “Buy” by Brokerages

Shares of The Restaurant Group plc (LON:RTN – Get Rating) have been assigned a consensus rating of “Buy” from the six analysts that are covering the stock, Marketbeat Ratings reports. One equities research analyst has rated the stock with a sell recommendation and five have assigned a buy recommendation to the company. The average 1 year price objective among analysts that have covered the stock in the last year is GBX 116 ($1.46). 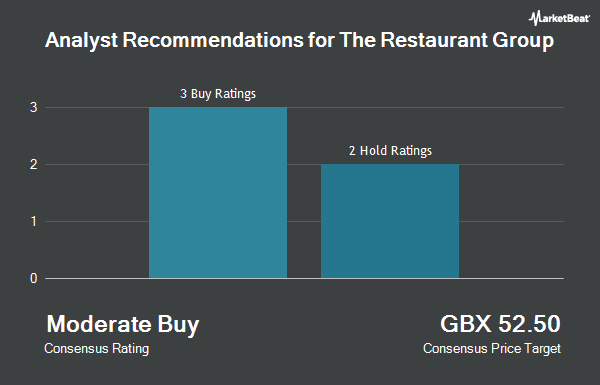 ENI Given a €18.00 Price Target at Jefferies Financial Group

SAP Given a €121.00 Price Target at Credit Suisse Group

Complete the form below to receive the latest headlines and analysts' recommendations for The Restaurant Group with our free daily email newsletter: