$24.05 Million in Sales Expected for Sientra, Inc. (NASDAQ:SIEN) This Quarter

Analysts forecast that Sientra, Inc. (NASDAQ:SIEN – Get Rating) will report $24.05 million in sales for the current quarter, according to Zacks Investment Research. Two analysts have issued estimates for Sientra’s earnings. The highest sales estimate is $24.20 million and the lowest is $23.90 million. Sientra reported sales of $20.10 million during the same quarter last year, which indicates a positive year over year growth rate of 19.7%. The company is expected to issue its next quarterly earnings results on Monday, January 1st.

Sientra (NASDAQ:SIEN – Get Rating) last issued its quarterly earnings data on Wednesday, March 23rd. The medical instruments supplier reported ($0.27) EPS for the quarter, missing analysts’ consensus estimates of ($0.19) by ($0.08). Sientra had a negative return on equity of 498.54% and a negative net margin of 71.61%. The firm had revenue of $22.65 million during the quarter, compared to analyst estimates of $22.50 million. During the same quarter in the prior year, the firm earned ($0.38) EPS. 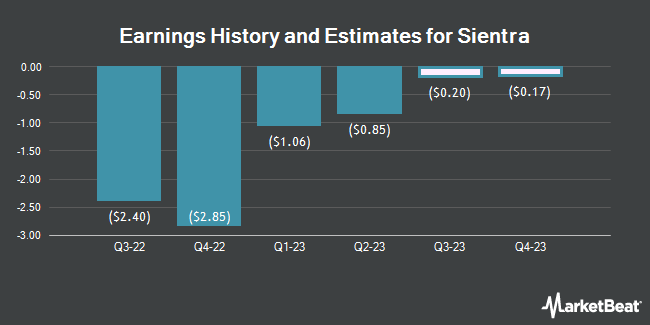