According to Zacks, analysts expect that NXP Semiconductors will report full-year earnings of $13.73 per share for the current financial year, with EPS estimates ranging from $13.40 to $14.09. For the next fiscal year, analysts expect that the business will report earnings of $14.51 per share, with EPS estimates ranging from $13.48 to $15.30. Zacks’ EPS averages are an average based on a survey of research analysts that that provide coverage for NXP Semiconductors.

NXP Semiconductors (NASDAQ:NXPI – Get Rating) last announced its quarterly earnings results on Monday, May 2nd. The semiconductor provider reported $3.11 earnings per share for the quarter, topping analysts’ consensus estimates of $2.85 by $0.26. NXP Semiconductors had a return on equity of 40.21% and a net margin of 18.70%. The firm had revenue of $3.14 billion for the quarter, compared to the consensus estimate of $3.10 billion.

About NXP Semiconductors (Get Rating) 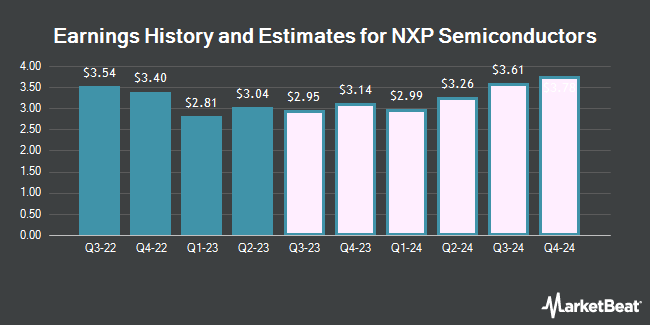 Complete the form below to receive the latest headlines and analysts' recommendations for NXP Semiconductors with our free daily email newsletter: