Bank of Nova Scotia (NYSE:BNS – Get Rating) (TSE:BNS) had its target price upped by research analysts at National Bank Financial from C$90.00 to C$91.00 in a report released on Thursday, The Fly reports. 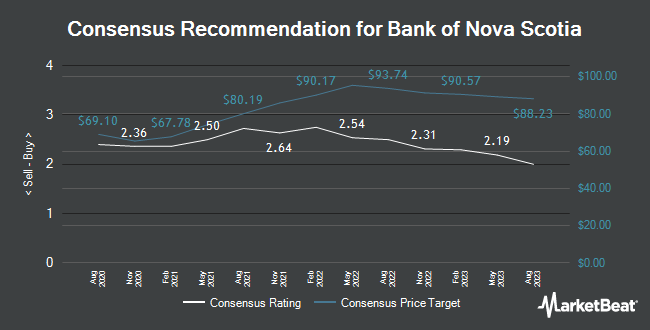