Boot Barn (NYSE:BOOT – Get Rating) was upgraded by stock analysts at Robert W. Baird from a “neutral” rating to an “outperform” rating in a research note issued to investors on Friday, The Fly reports. The firm presently has a $115.00 price objective on the stock. Robert W. Baird’s price objective would suggest a potential upside of 47.02% from the stock’s current price. 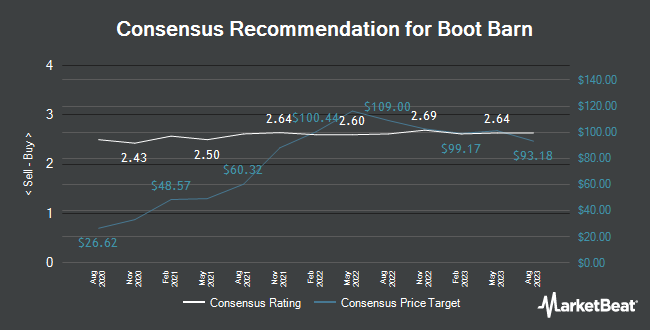