Shares of Brinker International, Inc. (NYSE:EAT – Get Rating) have been assigned a consensus recommendation of “Hold” from the twenty brokerages that are presently covering the company, MarketBeat.com reports. One equities research analyst has rated the stock with a sell rating, seven have assigned a hold rating and eight have issued a buy rating on the company. The average twelve-month price target among analysts that have covered the stock in the last year is $46.47.

Brinker International (NYSE:EAT – Get Rating) last issued its quarterly earnings data on Wednesday, May 4th. The restaurant operator reported $0.92 earnings per share for the quarter, missing the consensus estimate of $0.99 by ($0.07). The company had revenue of $980.40 million for the quarter, compared to analysts’ expectations of $978.08 million. Brinker International had a negative return on equity of 53.59% and a net margin of 4.02%. The firm’s quarterly revenue was up 18.3% compared to the same quarter last year. During the same quarter in the prior year, the firm posted $0.78 EPS. Analysts forecast that Brinker International will post 3.15 EPS for the current year.

In related news, CEO Wyman Roberts sold 12,500 shares of the stock in a transaction dated Monday, April 25th. The shares were sold at an average price of $40.00, for a total transaction of $500,000.00. Following the completion of the transaction, the chief executive officer now owns 231,373 shares in the company, valued at $9,254,920. The transaction was disclosed in a document filed with the SEC, which is available through this link. Insiders have sold a total of 26,103 shares of company stock worth $1,015,625 in the last three months. Insiders own 4.21% of the company’s stock.

About Brinker International (Get Rating) 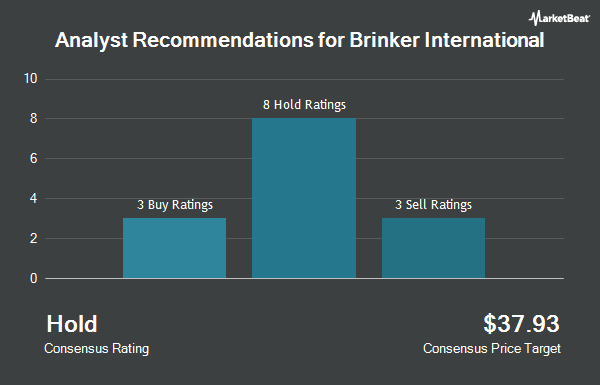