Cognex (NASDAQ:CGNX – Get Rating) last released its quarterly earnings data on Thursday, May 5th. The scientific and technical instruments company reported $0.42 earnings per share (EPS) for the quarter, beating the consensus estimate of $0.34 by $0.08. The business had revenue of $282.40 million during the quarter, compared to analyst estimates of $277.23 million. Cognex had a net margin of 25.67% and a return on equity of 19.48%. Cognex’s quarterly revenue was up 18.2% compared to the same quarter last year. During the same quarter in the previous year, the business earned $0.39 EPS. Sell-side analysts anticipate that Cognex will post 1.52 earnings per share for the current fiscal year.

The business also recently disclosed a quarterly dividend, which will be paid on Friday, June 3rd. Stockholders of record on Friday, May 20th will be given a dividend of $0.065 per share. This represents a $0.26 annualized dividend and a dividend yield of 0.56%. The ex-dividend date of this dividend is Thursday, May 19th. Cognex’s dividend payout ratio is 16.77%.

In related news, Director Dianne M. Parrotte acquired 3,000 shares of the stock in a transaction dated Thursday, May 12th. The stock was bought at an average price of $46.00 per share, with a total value of $138,000.00. Following the completion of the transaction, the director now directly owns 3,608 shares of the company’s stock, valued at $165,968. The transaction was disclosed in a legal filing with the Securities & Exchange Commission, which can be accessed through this hyperlink. 4.10% of the stock is owned by corporate insiders.

About Cognex (Get Rating) 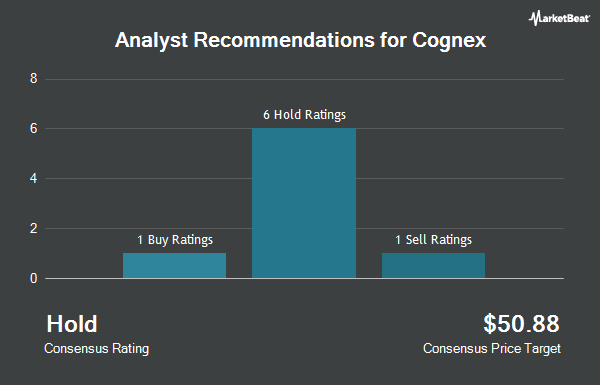