Johnson Outdoors (NASDAQ:JOUT – Get Rating) last announced its quarterly earnings data on Monday, May 9th. The company reported $0.97 earnings per share for the quarter. Johnson Outdoors had a return on equity of 12.19% and a net margin of 7.81%. The business had revenue of $189.62 million during the quarter.

In other news, CFO David W. Johnson sold 1,000 shares of the stock in a transaction dated Monday, March 28th. The stock was sold at an average price of $80.08, for a total value of $80,080.00. The sale was disclosed in a legal filing with the Securities & Exchange Commission, which is available at this hyperlink. Corporate insiders own 27.69% of the company’s stock.

About Johnson Outdoors (Get Rating) 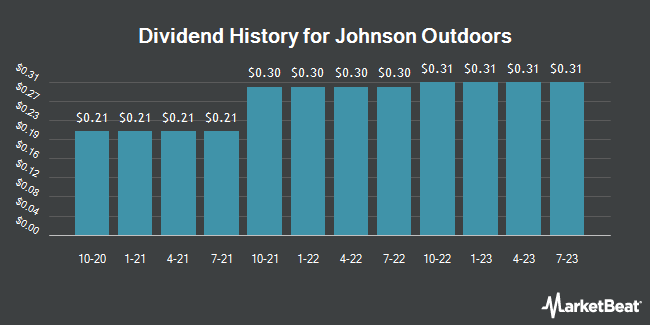