Shares of AngloGold Ashanti Limited (NYSE:AU – Get Rating) have been assigned a consensus rating of “Hold” from the seven analysts that are covering the company, Marketbeat Ratings reports. Five research analysts have rated the stock with a hold rating and two have given a buy rating to the company. The average 12 month target price among brokers that have issued a report on the stock in the last year is $23.80.

AngloGold Ashanti Limited operates as a gold mining company in Africa, the Americas, and Australia. Its flagship property is a 100% owned Geita project located in the Lake Victoria goldfields of the Mwanza region in north-western Tanzania. The company also explores for silver and sulphuric acid. AngloGold Ashanti Limited was incorporated in 1944 and is headquartered in Johannesburg, South Africa. 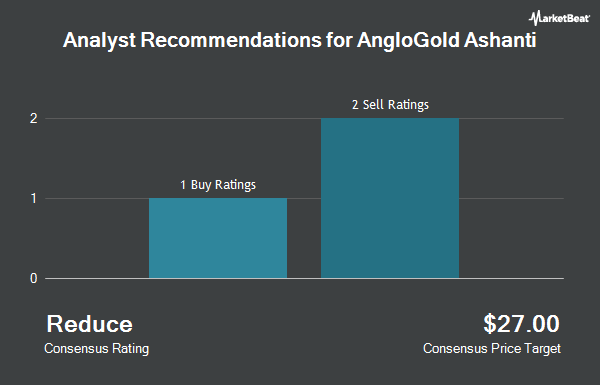 Complete the form below to receive the latest headlines and analysts' recommendations for AngloGold Ashanti with our free daily email newsletter: