indie Semiconductor, Inc. (NASDAQ:INDI – Get Rating) has received a consensus recommendation of “Buy” from the six brokerages that are currently covering the company, MarketBeat.com reports. One investment analyst has rated the stock with a hold rating and three have given a buy rating to the company. The average 1 year target price among brokers that have issued ratings on the stock in the last year is $14.60.

indie Semiconductor (NASDAQ:INDI – Get Rating) last released its earnings results on Friday, May 13th. The company reported ($0.11) earnings per share for the quarter, topping the consensus estimate of ($0.12) by $0.01. The business had revenue of $22.00 million during the quarter, compared to the consensus estimate of $21.57 million. indie Semiconductor had a negative return on equity of 26.48% and a negative net margin of 140.59%. The business’s revenue for the quarter was up 171.6% compared to the same quarter last year. During the same period last year, the company earned ($0.13) earnings per share. As a group, equities research analysts predict that indie Semiconductor will post -0.54 EPS for the current fiscal year.

In other news, COO Steven Machuga sold 17,562 shares of the business’s stock in a transaction dated Monday, May 16th. The stock was sold at an average price of $6.81, for a total transaction of $119,597.22. Following the sale, the chief operating officer now owns 155,938 shares in the company, valued at $1,061,937.78. The sale was disclosed in a legal filing with the Securities & Exchange Commission, which is available through this hyperlink. Insiders own 20.23% of the company’s stock. 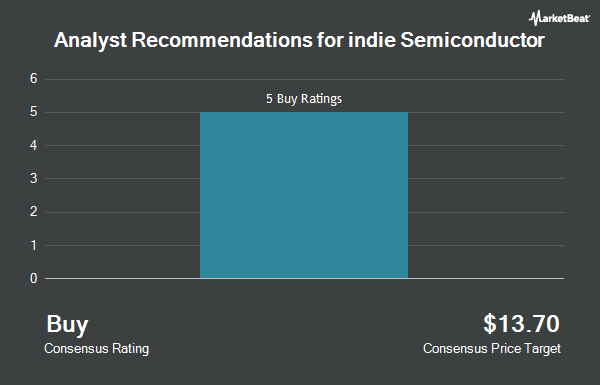