Whitecap Resources (TSE:WCP – Get Rating) had its price objective boosted by stock analysts at Scotiabank from C$12.00 to C$13.00 in a research report issued to clients and investors on Wednesday, BayStreet.CA reports. Scotiabank’s target price suggests a potential upside of 4.25% from the stock’s current price.

Whitecap Resources (TSE:WCP – Get Rating) last announced its quarterly earnings data on Thursday, April 28th. The company reported C$0.24 earnings per share (EPS) for the quarter, missing the consensus estimate of C$0.45 by C($0.21). The firm had revenue of C$1.06 billion during the quarter. As a group, sell-side analysts anticipate that Whitecap Resources will post 1.5 earnings per share for the current fiscal year. 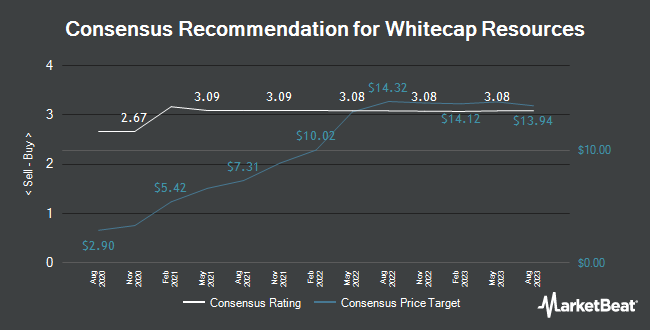