BioAtla, Inc. (NASDAQ:BCAB – Get Rating) insider Christian Vasquez acquired 14,152 shares of the stock in a transaction dated Tuesday, June 7th. The shares were purchased at an average price of $3.04 per share, for a total transaction of $43,022.08. Following the completion of the transaction, the insider now owns 38,677 shares of the company’s stock, valued at approximately $117,578.08. The transaction was disclosed in a document filed with the SEC, which is accessible through the SEC website.

BioAtla (NASDAQ:BCAB – Get Rating) last posted its quarterly earnings data on Thursday, May 5th. The company reported ($0.65) EPS for the quarter, topping analysts’ consensus estimates of ($0.69) by $0.04. As a group, equities research analysts forecast that BioAtla, Inc. will post -2.72 earnings per share for the current year. 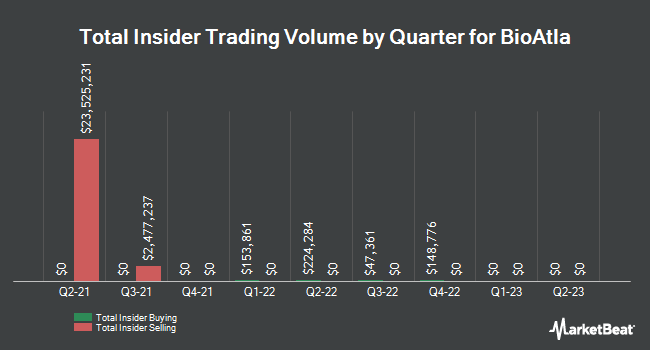 Receive News & Ratings for BioAtla Daily - Enter your email address below to receive a concise daily summary of the latest news and analysts' ratings for BioAtla and related companies with MarketBeat.com's FREE daily email newsletter.

Complete the form below to receive the latest headlines and analysts' recommendations for BioAtla with our free daily email newsletter: