HireRight (NYSE:HRT – Get Rating) issued an update on its FY 2022 earnings guidance on Thursday morning. The company provided earnings per share (EPS) guidance of $1.51-$1.64 for the period, compared to the consensus estimate of $1.22. The company issued revenue guidance of $815.00 million-$825.00 million, compared to the consensus revenue estimate of $807.66 million.

HireRight (NYSE:HRT – Get Rating) last announced its quarterly earnings data on Monday, March 21st. The company reported $0.29 earnings per share for the quarter, beating analysts’ consensus estimates of $0.06 by $0.23. The firm had revenue of $198.53 million during the quarter, compared to analyst estimates of $183.46 million. 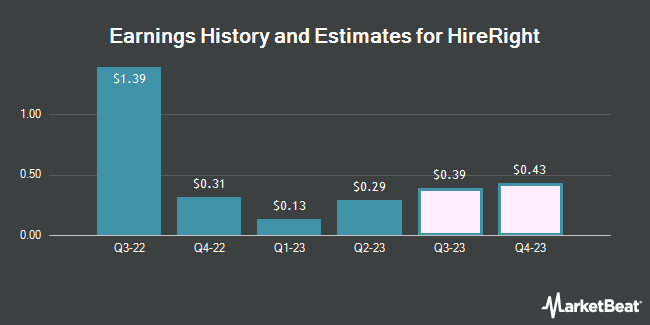 Complete the form below to receive the latest headlines and analysts' recommendations for HireRight with our free daily email newsletter: