Tandem Diabetes Care (NASDAQ:TNDM – Get Rating) was downgraded by equities research analysts at TheStreet from a “c-” rating to a “d+” rating in a report released on Monday, TheStreetRatingsTable reports.

Tandem Diabetes Care (NASDAQ:TNDM – Get Rating) last posted its quarterly earnings results on Wednesday, May 4th. The medical device company reported ($0.23) EPS for the quarter. Tandem Diabetes Care had a net margin of 0.80% and a return on equity of 1.64%. The business had revenue of $175.91 million during the quarter, compared to the consensus estimate of $168.21 million. During the same quarter in the prior year, the firm posted ($0.07) EPS. The company’s revenue for the quarter was up 24.7% compared to the same quarter last year. On average, research analysts expect that Tandem Diabetes Care will post 0.35 earnings per share for the current year. 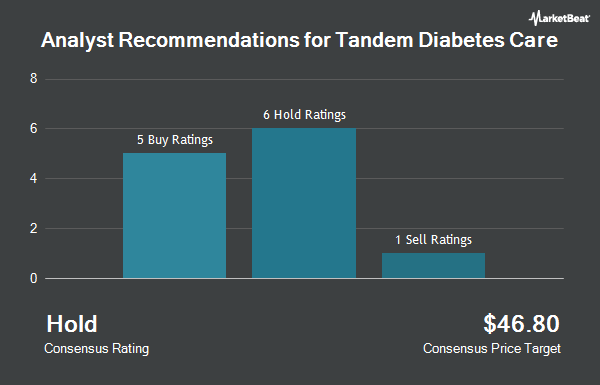 CP ALL Public Shares Down 1.2%

Financial Analysis: iHeartMedia vs. The Competition